A clear and coherent body of thinking, open to the spiritual dimension, yet logical and precise both conceptually and in its vocabulary.  A metaphysics of relationship rooted in the grand philosophical tradition yet innovative and too little known. 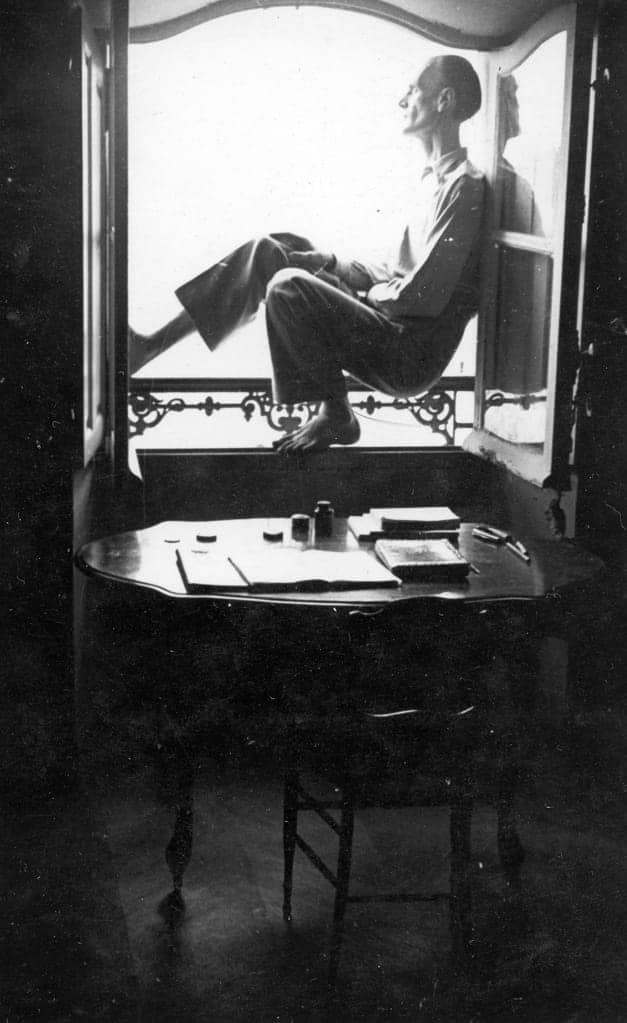 The university studies of Lanza del Vasto served to develop a very original body of thought, which was maturing within him from early childhood.

The core intuition which always guided his thinking is that Relationship is the principle of all things and the foundation of all reality. We are mistaken in believing that beings pre-exist their relationships: in truth, every being issues from and is a tissue of relationships - for not only are beings connected to each other, but each one is relationship within themselves; balance and tension between their ‘inside’ - their innermost nature, and their ‘outer’ - their manifestation.

In the life of the mind or spirit, as in nature, Lanza observes this polarity which is not an opposition but harmony and complementarity. Thus in humankind, between feeling and intelligence, there is a balance, a harmony to be found - thanks to a third faculty which  brings them into unity: the will. Such is the spiritual trinity, a key to understanding not only human nature but also the culture in which that nature finds expression: the arts, science, ethics and religion.

This philosophy in triad was not, in its beginning, explicitly religious. In the early 1920s the young man tended to unbelief and was strongly anti-clerical!  But in September 1925, in the library at Pisa, he was enlightened on reading a passage from St. Thomas Aquinas. He understood that his own three-pointed philosophy is profoundly in concordance with the doctrine of the Trinity. From that time onwards he remained unwaveringly christian and catholic.

Thus faith and reason can, according to Lanza del Vasto, converge in unity. Nonetheless his philosophy makes no claim to take the place of theology: if his thought opens ways towards the mystery of God, it is from the starting point of intelligence and never in denial of it.

This philosophy is expressed in four major works :

To this can be added his unpublished manuscripts, a number of passages from Les Viatiques, as well as Les etymologies imaginaires published posthumously - a rather eclectic work where Lanza studies ‘the truth, life and virtue of words’ and concepts.
This philosophy, until now unknown, is becoming a research subject at universities in Italy and France.