Music is an essential element in Lanza del Vasto’s work, however discreet and not well known. His sense of harmony could not set aside such a deep dimension of human condition. 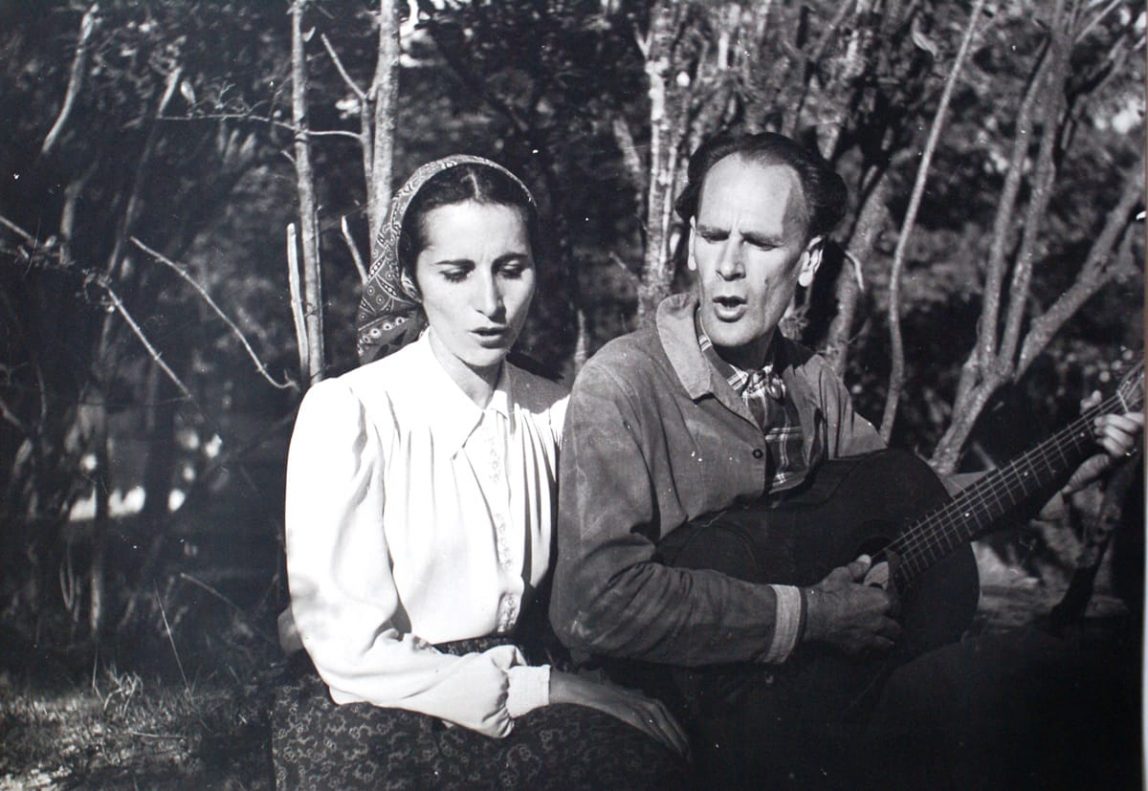 With his wife Chanterelle, who was provided with a long musical education and gifted with an exceptional voice, he took very soon interest in old folk songs and medieval religious music, both sacred and secular. He harmonized a lot of old songs, especially Gregorian chants and biblical hymns. He set many of his poems to music, and his theatrical work has powerfully evocative choral singings.

The 33 1/3 rpm record album Trouvères, a mix of troubadours and Gregorian songs, where Chanterelle voice resounds marvelously, was awarded the Grand Prix du Disque de l’Académie Charles Cros. Here four Alleluias: one of saint Joseph, one of saint John Baptist, and two in honor of the blessed virgin Mary.

The 45-rpm record album L’Arche. Alleluia-Psallite, recorded in 1969, presents the beautiful harmonization of two major hymns in Latin liturgy: Victimae paschali for the feast of Easter and Veni Sancte Spiritus for the feast of Pentecost, as well as a rhythmic and original hymn: Psallite. You can hear them here. 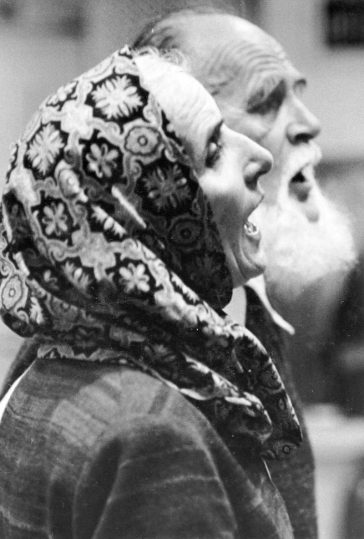 Every day in her upper room, Chanterelle was teaching Gregorian chant those who wanted it. On feast days and during summer camps, singing played an important role and fostered unity. Friends of l’Arche, such as Clara Cortazar, Laurence Ferrand, Michèle Le Corre, Marie-Pierre Bovy, had their heart set on passing this legacy on.

Today L’Arche Community keeps and carries songs on, which were passed on by its founder, while joining from now on songs coming from other horizons. The modal form and the traditional characteristic of this inheritance shape its unity and ensure its lasting beauty.

Other musical compositions will soon be on line. They confirm that this part of his work, so far not much considered, should be better known and more played. Some musicologists should find fruitful subject of study. Archiving of preserved scores and ordering them systematically, which is still not done, is in the process. Who will help the Association to achieve this big project?